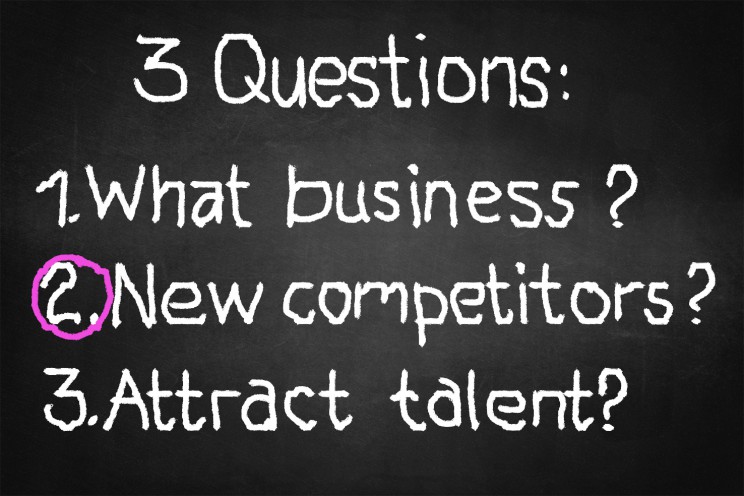 There are currently three questions that all corporate boards and managements have to ask themselves:

In my previous blog post I addressed the question: “In What business are we?“. The answer is vital input when positioning the company and its businesses. I highlighted the necessity, in the strategic business development, to make a thoroughgoing analysis of the business (industry) in which the company operates.

When making the business analysis, we need to drill down and deeply understand the “problems” that the company’s products aim to solve for the customer, i.e., the core benefits.

The chosen market position will, in turn, determine which products to be developed and what competition the company will meet. In this blog, I deal with the second question, namely the challenge to grasp who are the company’s competitors – particularly new, unexpected competitors. In an upcoming post, I will address the third question to give my view of the challenge of attracting talents to our businesses.

I sometimes meet corporate managers stating: “Our products are so unique that we do not have any competitors.”  It is often young companies with a different and new way to meet a customer need. In other cases, the company (right now) is ahead of the competition from a technological standpoint. But the management is, however, usually comparing technical features of tangible products and without taking into account the total service content needed to resolve the customer’s more complex need.

The approach is, unfortunately, sometimes an excuse for not being innovative enough and a sign that the company is acting more reactive than proactive. There is a considerable risk the company will lose its market position with increasing competition as a result. The market leader with innovative new offerings will, conversely, probably think that fierce competition is stimulating and boosting continued product development.

When defining the competitive landscape, it is important to take into account competition and competitors in a broader perspective. You should assess the following:

To exemplify, I am using a well-known product, namely Apple’s iPad. When launching the iPad, Apple had no direct competitor on the “pad-market”. But, indirectly, Apple had competition from substitutes and other existing solutions fulfilling the customer needs. Potential customers had already, for example, a laptop. Many critics wondered why should you need an iPad. 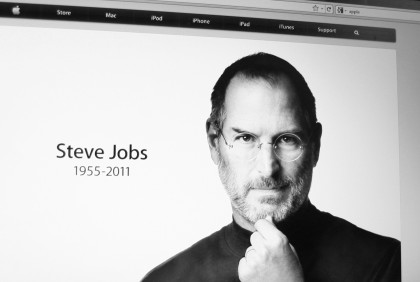 It was Apple’s co-founder and CEO Steve Jobs himself, who at a press conference in San Francisco on January 27, 2010, announced and unveiled the first iPad to the public. Great secrecy combined with widely spread rumors had preceded the announcement. Apple could by virtue of its respected brand create a must-have atmosphere among early customers, who queued for hours to be the first to show off this new, innovative product.

Apple’s first launch volumes were limited in both in numbers and to geography. But the first launch phase was big enough to satisfy the large geographical markets and its “avant-garde” customers. These early customers (characterized as “innovators”) always have space in their wallets to buy, test and review new innovative products. 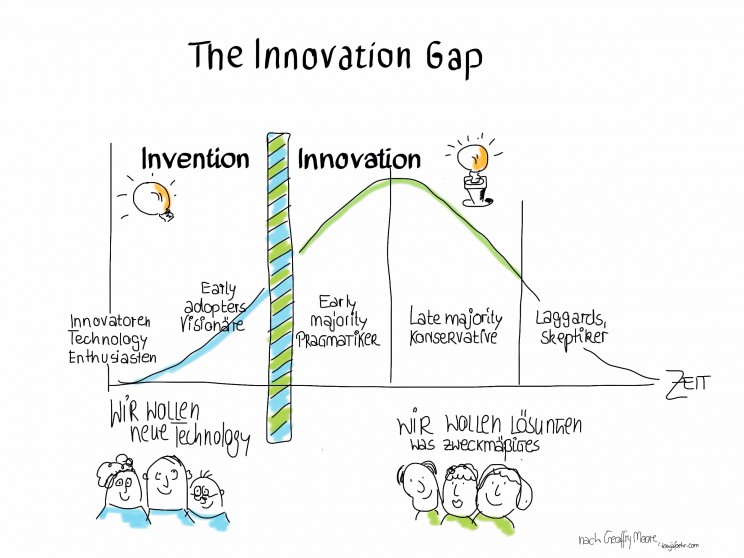 With its successful limited product launch, Apple created a strong market pull. Early adopters had to wait before they could lay hands on their first iPad. But, on the other hand, the waiting time allowed them to read reviews and to reserve space in the wallet (to budget) for a purchase. Early customers got prepared and were ready to buy.

iPad is part of a system of iPhone, Mac computers in combination with apps and content – such as movies, music, books, magazines – to be downloaded from the App Store and iTunes. Steve Jobs and Apple had previously enabled content in iTunes through negotiations and lobbying with artists, music and movie companies, newspapers, writers and application developers.

Apple can with its strong brand and its attractiveness create a competitive logistics chain. They can choose among qualitative suppliers queuing to manufacture as well as retailers who wish to sell Apple products. Or, perhaps, they must have Apple products in their assortment. Apple usually does not share large margins, but because the iPad and iPhone draw customers to the store that hopefully also buys other products with a higher margin, the total business becomes profitable.

To be able to attract and retain creative talented people is a crucial competitive asset. It is not difficult for Apple to find and attract the very best people for various positions. Skilled and creative talents are by themselves contacting Apple hoping to become a part of the Apple team. Merely being selected for an interview is merit – that even that might be added to the CV.

Last but not least, the timing for an iPad was perfect. Technology made it possible to package the features in a light flat computer screen, and the internet-enabled easy downloading of content and secure payments by credit card. Also, we customers were ready; we were sufficiently mobile and had become used to read the digital text, watch photos and movies on high definition screens. The iPad also fits into the system with other Apple products, and we as customers didn’t have to change computer brand, mobile phone or learn a new user interface.

There are many learnings to be drawn on how to launch a completely new product from the iPad example. I have met too many businesses that focus on technical product specifications when comparing with competitors. However, this is not sufficient – you need to review and understand the entire competitive landscape.

You should not underestimate the indirect competition, such as customers’ resistance to change behaviours, the NIH syndrome, the importance of packing the product into a system solution, competitive business models, the strength of brands, relationships, politics, etc. One of the main learnings is that it takes much longer time than expected to enter a new product into the market. You have to plan for higher costs, more investments, and, hence, sufficient and sustainable financial backing is a must.

As shown in the example with the iPad, it is not good enough to provide a thin, light computer technically better than Apple’s iPad. And there are competing products on the market, technically superior to the iPad, with more features, but they find it hard to compete. Apple has in an innovative way built barriers around its customers, in a win/win deal, with a system of related products and associated services. The customers’ cost and inconvenience to change is too high. 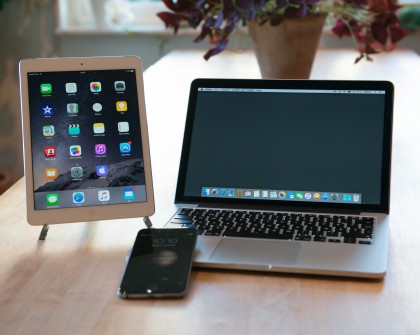 The iPad example also shows the importance to understand that competition today comes from all over. New, unexpected competitors will enter. The Nordic forest companies and paper mills did not consider Apple as a competitor prior to the iPad launch. But after only a few years they noticed a significant drop in the demand for paper used in newspapers, magazines, and books. Not even Nokia, the Finnish mobile company, considered a computer manufacturer such as Apple to be a mobile phone competitor before iPhone began gaining large market shares.

The indirect consequences of rapid market evolution can be very extensive. For example, the digitalisation of printing and mobile phones evolving to smartphones affected the whole of Finland as a nation. This partly because Nokia disappeared as a mobile phone player, and partly due to dropped volumes in paper mills.

Now there are rumours that Apple is developing a car, and, hence, both the traditional auto industry and Tesla should pay attention. 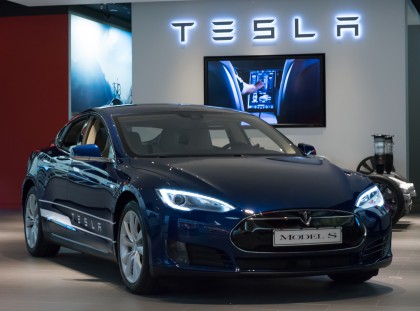 Will Apple enter and compete with Tesla? Image: Vestadil AB

New offers and competitors are entering in all businesses. The sharing economy is one example where new, innovative offerings are continuously being developed. The business model is based on the existence of unused assets and services to be further exploited. The use of assets can be made more effective by leasing and sharing with others. Examples are Airbnb (that started in 2008 and in 2014 had 22% more overnight stays than Hilton), Uber that compete with taxi and City Bikes (CitiBike), which offers bicycles to rent in major cities.

In the business review, the company board and its management, must closely and continuously monitor when and how competition and competitors change and evolve. We all know (but it need to be repeated) the necessity to pay attention to new products, services and business models made possible due to: 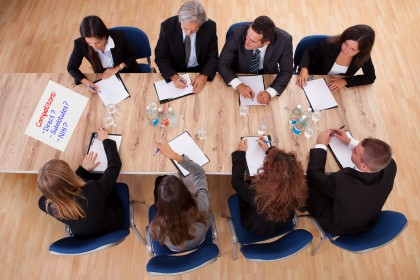 Last but not least, the company must keep up with changing customer behaviours (to a large extent driven by factors above). One single significant global trend impacting all industries is the increased demands, from authorities as well as consumers, on companies to build a sustainable, ethical and environmentally friendly business. We will certainly get to see new entrepreneurs responding to this demand and who are creating a business based on the “good company” concept.

To develop and offer new, attractive products and services, we need to have the best people in all positions of our businesses. In the next blog post, I will address the third question from the beginning of this blog, i.e., how to attract and retain talented people in our companies.