Sweden and Stockholm are hot

Industrifonden (a Swedish industrial development fund) is publishing The Swedish Tech Funding Report twice a year. The report provides insights into the investment activity in one of the world’s most active start-up ecosystems. The first half of 2016 shows an active venture tech market in Sweden, and especially in the Stockholm region. There are attractive companies to invest in as well as venture investors with sufficient funds.

Sweden is right now a good place to be in when investing in venture capital to boost young companies. I have since a couple of years had the privilege of being a member of the board of directors in Industrifonden. The fund invests in young companies with the potential to become global players impacting innovation and the development of Swedish enterprises – in Sweden as well as outside of Sweden. But first and foremost, Industrifonden backs ambitious people and teams with great visions, a strategic approach, and the ability to turn plans into reality.

If you want to read all of the Swedish Tech Funding Report, please visit Industrifonden’s website (link below) or click the image: 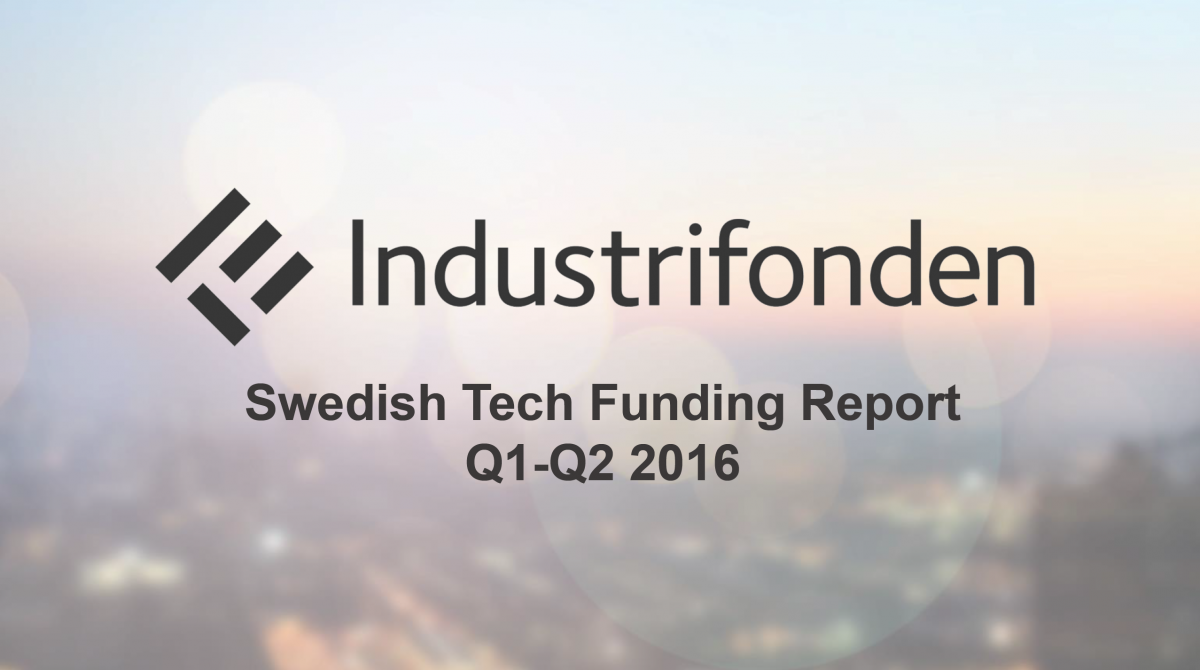